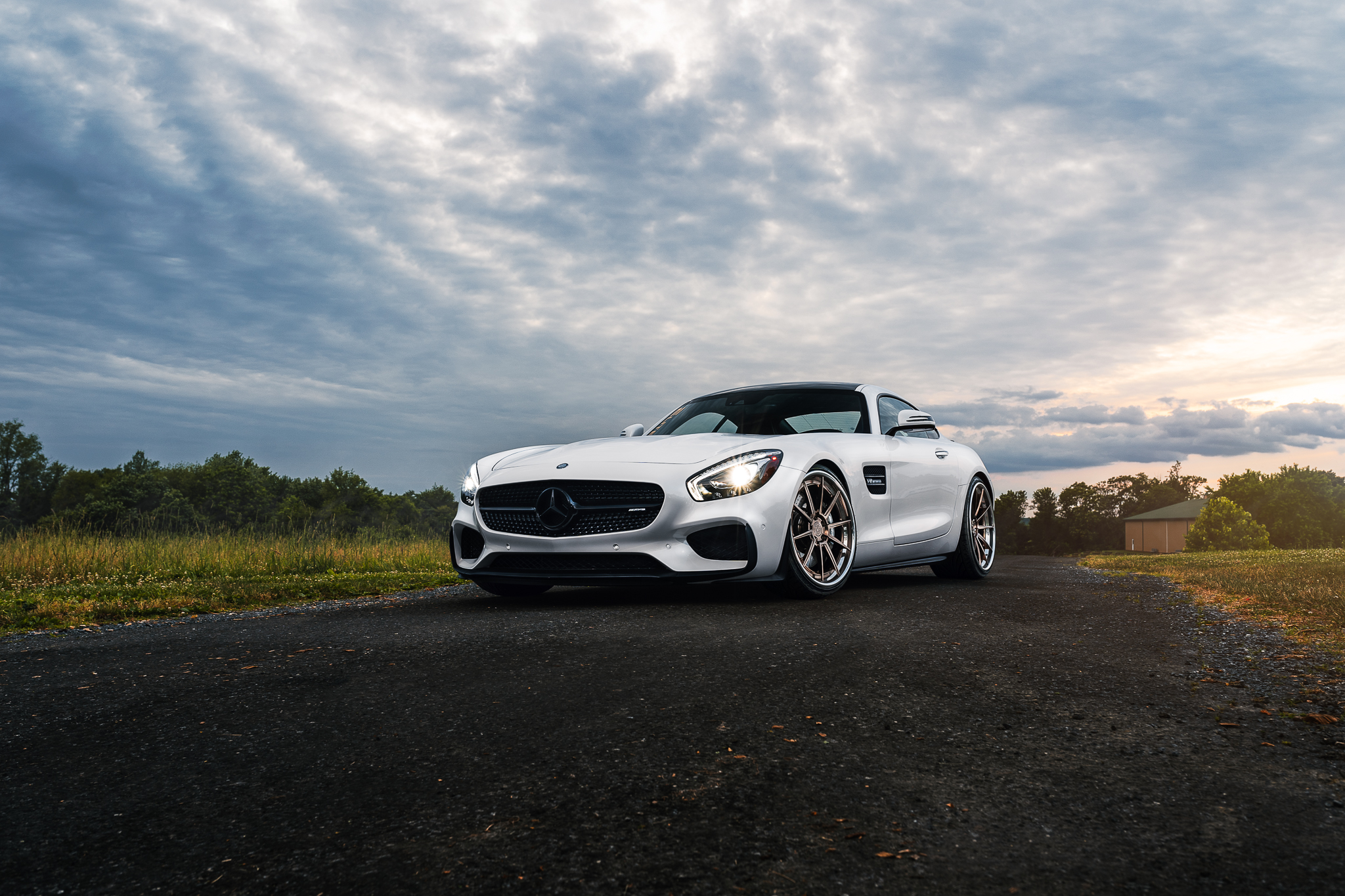 The Mercedes-AMG is a sports car unlike any other. The follow up to the acclaimed SLS AMG, the Mercedes-AMG is only the second car to be entirely developed in-house by Mercedes-AMG. As we all know Mercedes and AMG have quite the history and pedigree in motor sports, especially at the top, Formula 1. Something they definitely didn’t forget while in development. Mercedes describes the AMG as a “pure sports car with an ideal sense of balance, from its proportions to its sound, every element reveals its purpose, and its passion.” Speaking of racing pedigree Lewis Hamilton, six-time Formula 1 World Drivers Champion, had a hand in developing this car and he seems to know what hes talking about.

The Mercedes-AMG doesn’t share much with its older brother, the SLS AMG, even though I wish they had kept those outrageous doors from the SLS AMG. The engine on the AMG GT is a much smaller twin-turbo 4.0L V8 compared to the screaming 6.2L V8 on the previous version, but the 0-60 time isn’t really affected. Both will reach 60mph from a stand still in just under four seconds. The body lines and shape are completely different as well, with the new AMG GT being much more streamlined with less hard edges. The one thing they do share in common is the extremely long hood the SLS AMG was so well known for. The interiors on both cars are great, but the new AMG GT really takes its a step further. By todays standards the SLS AMG interior would still be considered “modern” but the SLS AMG truly takes it to the next level. AMG even arranged the eight buttons on the center console in the same way the eight pistons are aligned under the hood.

The SLS AMG is a truly remarkable feat of engineering and luxury. There isn’t a section, let a lone a bolt, that wasn’t thought about. Nothing is an accident on this car, and it shows. The question with the SLS AMG isn’t how you’ll fall in love with you but when you’ll fall in love with it. Maybe its the pretty face that hypnotizes you, or you’re drawn to its wide hips or maybe you’re into that raw power. Whatever it is the AMG GT has got you covered and it doesn’t take long before you’re head over heels in love. That’s exactly what happened with one of Eliteimportz clients when they brought in their very own AMG GT to get some new shoes. They decided on a set of AG Luxury Wheels AGL31 finished in Highland Bronze with Polish Clear lips. Sometimes you have to spoil yourself and what better way than with a brand new set of wheels to make you stand out from the rest.