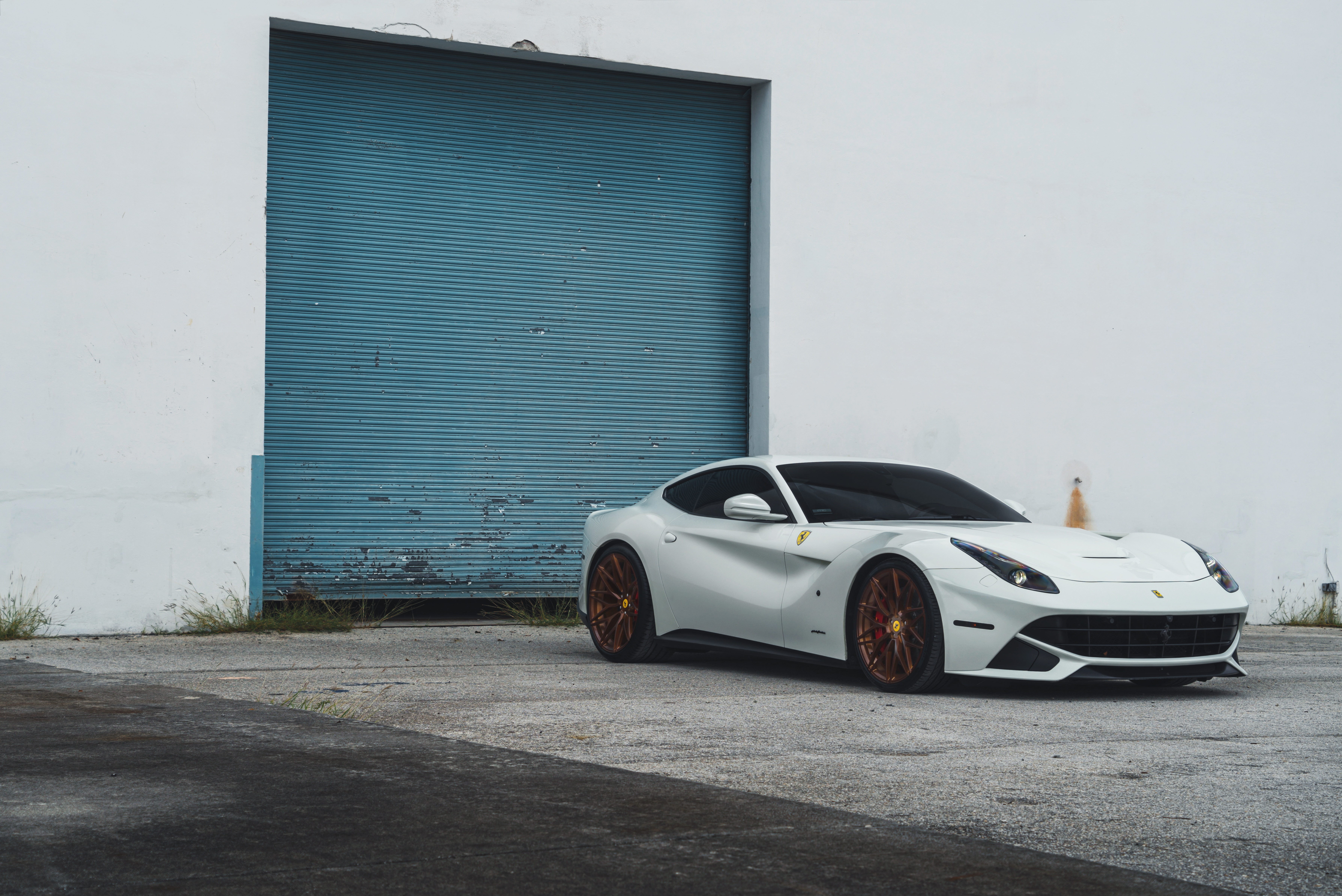 The Ferrari F12 Berlinetta debuted in 2012 at the Geneva Motor Show to replace its predecessor, the Ferrari 599. And ever since its debut the F12 has been a resounding success with fans and critics alike. In its first year the F12 won the “Engine of the Year Award” and was named “Supercar of the Year” from Topgear, and its easy to see why. The F12 boasts an incredible V12, probably one of the last great V12s due to the fact most supercar companies are going down the hybrid/turbo route. Developing over Seven-Hundred Horsepower the F12 is the fourth most powerful road car Ferrari has ever made only being surpassed by the La Ferrari, F12tdf and its successor the 812 Superfast, not a bad class to be a part of.

With a massive V12 engine in the front sending over 700 hundred horsepower to the rear wheels this car will absolutely eat up the miles. Due to the V12 being in the front this means you actually get a large trunk for a Ferrari and you dont have to deal with the usually small “frunk.” This is what makes the F12 the perfect Grand Tour vehicle. A car that can absolutely eat up the miles with sheer power, its extremely comfortable, quite and has enough space in the back to hold all your bags. The F12 truly is a well rounded supercar, allowing one to sit comfortably during a cross-country tour or tear up the tarmac with the one of the most powerful natural aspirated engines ever made.

You’d think that a car like the F12 couldn’t get any better. Well the guys down in Miami at MC Customs thought differently. MC Customs came to the conclusion that a set of AGL40’s would bring the car to the next level. The car being located in Miami, the land of sunshine and supercars, the AGL40’s take the F12 to the necessary next level to stand out in Miami. Miami is all about standing out, and if you thought an F12 is enough you’d probably be right, but not in Miami.